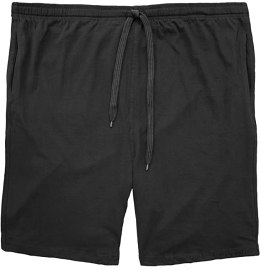 Since you probably can’t go out shopping right now, or because you have a favorite pair of shorts or sweatpants you don’t want to get rid of, here’s how you can fix a lost drawstring really easily.

If your Drawstring doesn’t pull all the way through, it’s sewn together in the back of the waistband, so all you need to do is use an Exacto knife to make a small incision on the inside of the waistband and cut above and below the drawstring, then use a pair of scissors to cut it out, and remove it completely.

Use a plain straight Metal Straw, like the ones that fit in a normal Starbucks Cup. Just push it through the front opening all the way to the back, or as far as you can. If you didn’t have to cut a hole in the back of the waistband earlier, just cut a hole on the inside of the waistband wherever it is your straw reaches with the waist band bundled up as much as possible. There might be some sort of channel mesh inside you might have to cut an opening into as well.

Then just slide some Paracord through the straw and pull it out the other end, the pull the straw out from the same direction.

Be sure to tie them together before you wash it, or maybe put a drawstring Push button Toggle on the end of them, or tie the ends in larger knots etc.